The company was taken over by Federal in 1967.

As far as I know, there are only 5 Alberta Pacific elevators still standing in Alberta. Two are in museums, two are abandoned, and one is privately owned. 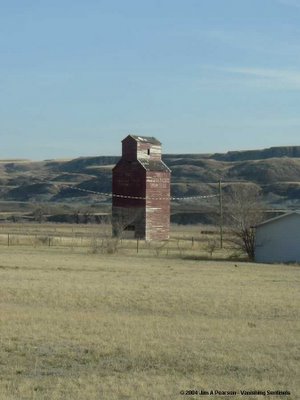 This Alberta Pacific is located in the hamlet of Dorothy, about 30 km (20 miles) SE of Drumheller on the old Candian Pacific and Canadian National shared line. This shot is from the townsite looking to the south-east.' 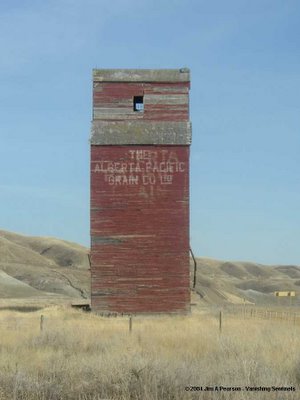 Looking at the elevator facing east. Dorothy is located in the Red Deer River valley. These pictures were taken April 3, 2004 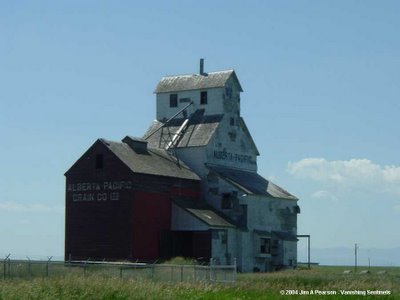 Rayley is located about 15 km NE of Cardston, in the south-west part of Alberta. It was on the Canadian Pacific rail line. I am still looking for information on the history of this elevator. (Taken July 16, 2004) 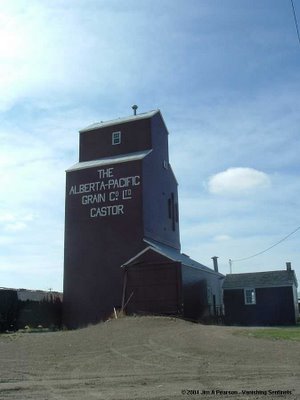 Castor's Alberta Pacific is now part of the towns' museum, which is located about 64 kilometres north of Hanna, or 47 kilometres east of Stettler on the abandoned Canadian Pacific line. (Taken May 3, 2004) 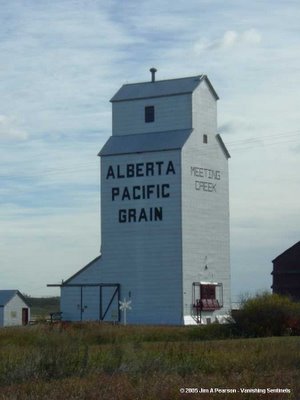 Meeting Creek is located 31 km north of Stettler, and has two elevators, an Alberta Pacific and a modified Alberta Wheat Pool repainted as "Vertical Payne". It was situated on the Canadian National line. (Taken September 29, 2005) 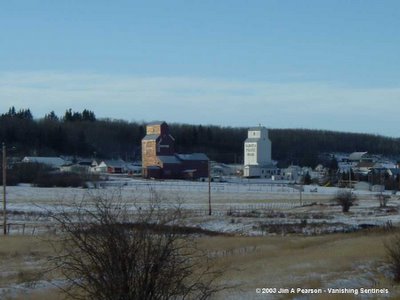 Meeting Creek looking south-west from Highway 56, taken December 12, 2003. Notice the "Vertical Payne" elevator to the left of the Alberta Pacific. 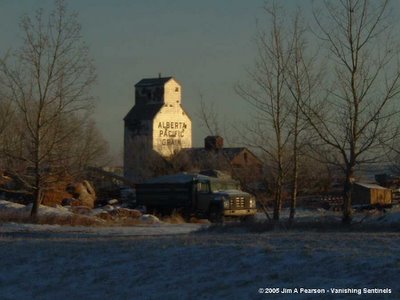 Lousana's elevator is now located on a private farm 6 km east of the town, which is located about 55 km southeast of Red Deer. This one I didn't know anything about until last month, when I found a picture of it on another website. When I was on a trip to Edmonton, I went up thru Lousana, and took this picture! (Taken December 7, 2005)
Posted by Celestial2920 at 1:30 PM